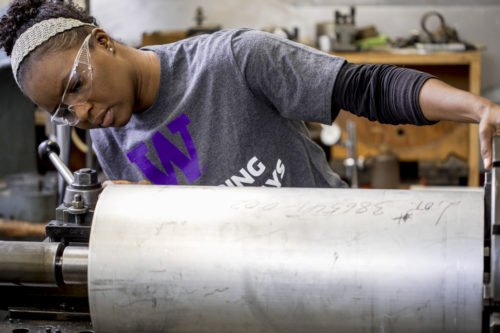 NWCCU is excited to congratulate The University of Washington on their achievement in making the top five of the Reuters Top 100: The World’s Most Innovative Universities.

Now in its fourth year, the list ranks the educational institutions doing the most to advance science, invent new technologies and help drive the global economy.

The UW, which moved up two spots from last year, maintains its position as the top-ranked U.S. public institution on the list.

“Innovation at the University of Washington is driven by a culture of interdisciplinary collaboration and a deep-seated public service mission,” said UW President Ana Mari Cauce. “This mission is at the heart of our work to educate, improve health and well-being, and create a more prosperous and equitable future. We are proud that the UW continues to earn recognition as the leading public university for advancing knowledge and discovery, and that we’re doing so through our unique form of inclusive innovation.”

“The entire Northwest Commission on Colleges and Universities family celebrates and congratulates the University of Washington for being ranked number five on list of world’s most innovative universities,” said Sonny Ramaswamy, president of NWCCU.

By Jackson Holtz. Reprinted with permission from The University of Washington. The University has been accredited by the NWCCU continuously since receiving accreditation in 1918.