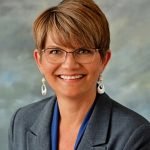 Dr. Stephanie Erdmann has been selected as the new dean and CEO for Great Falls College of Montana State University, taking office in July. Erdmann currently serves as the vice president of academic affairs and Rice Lake Campus administrator for Wisconsin Indianhead Technical College. Previously she worked at the College of Menominee Nation as dean of Letters and Sciences, and taught as an adjunct instructor in business, management, and marketing at Northeast Wisconsin Technical College.Erdmann holds a doctorate in business administration management from Northcentral University at San Diego, California; a master’s in administrative science-project management from the University of Wisconsin at Green Bay; and a bachelor’s in interpersonal communications management from the University of Montana. 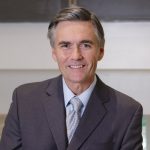 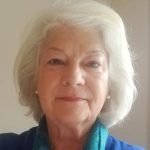 Dr. Constance Green is again Interim President of Blue Mountain Community College. For six months in 2018 and 2019, Green came out of retirement to serve as the interim president of BMCC prior to the arrival of Dennis Bailey-Fougnier, now resigning due to health reasons. A veteran college administrator, Green holds a Ph.D. in Education, Policy and Planning from the University of Oregon. Her experience includes six and a half years as president at Tillamook Bay Community College, two years as a policy advisor for Oregon’s Community College and Workforce Development, and 30 years at Chemeketa Community College in Salem in increasing leadership responsibility from faculty member to dean to Chief Information Officer. 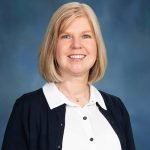 Dr. Maren Haavig has been appointed Interim Vice Provost for the University of Alaska Southeast. Haavig has also served as Associate Dean for the School of Arts and Sciences, she continues as Associate Professor of Accounting. Prior to working at UAS, Haavig worked as a finance officer for the State of Alaska Department of Transportation and Public Facilities, as controller for Alaska Pacific Bank, as an accountant and internal auditor for the Alaska Commission on Postsecondary Education, and as an auditor for the State of Alaska Legislature, Division of Legislative Audit. Haavig earned her Doctor of Business Administration degree with an emphasis in Accounting from Walden University. She also holds Master of Business Administration and Bachelor of Business Administration degrees from the University of Alaska Southeast, as well as a Bachelor of Arts with an Interdisciplinary concentration from Western Washington University, Fairhaven College. 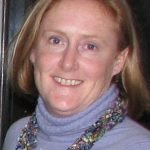 Following the leave of absence of President Valerie Davidson, Dr. Hilton Hallock will serve as Acting President and remain Provost of Alaska Pacific University. Prior to accepting the Provost position in 2018, Hallock was the APU Chief Strategy and Accreditation Liaison Officer. She earned her bachelor’s degree in Interdisciplinary Studies from the University of Virginia, an MEd from the University of Vermont in Higher Education and Student Affairs Administration, a CAS in Social Movement and Conflict Studies from Syracuse University, and a PhD in Cultural Foundations of Education from Syracuse. 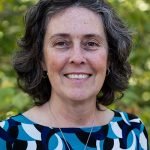 Dr. Laura Hartley will serve as Executive-in-Charge of Seattle Pacific University until the Board of Trustees identifies an interim president. Hartley became the new provost at Seattle Pacific University on July 2020. Previously the associate provost for student academic success and dean of the College of Arts, Humanities, and Social Sciences at George Fox University, and the associate dean and director of general education at Templeton Honors College at Eastern University. She earned her PhD from Michigan State University in linguistics; a master’s degree in linguistics from MSU; and a bachelor’s degree in interdisciplinary studies (mathematics, communication, and world languages) from Wheaton College. 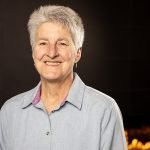 Dr. Rebecca (Becky) Johnson, previously vice president of Oregon State University Cascades, will serve as interim president of Oregon State University.Prior to joining OSU Cascades in 2008, she spent 25 years at OSU in Corvallis, rising from an assistant professor in the College of Forestry to vice provost for academic affairs and international programs. Johnson received a bachelor’s degree in economics from the University of Wisconsin-Madison, she then received a master’s and a doctoral degree in agricultural economics from Michigan State University. In 2015, she was named the Bend Chamber Woman of the Year; in 2014, the Bend Source newspaper’s Woman of the Year; and in 2009, she received the Bend 2030 Vision Builder Award. She will be the university’s first female president. 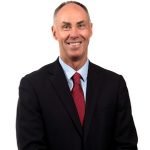 Dr. Scott McQuilkin graduated from Whitworth University in 1984 with a degree in physical education and minors in math and religion. He earned his master’s degree in health sciences from Whitworth and then went on to earn his Ph.D. in exercise and sport science from Pennsylvania State University. McQuilkin has served the university in various faculty, coaching and administrative roles, including as a tenured professor and chair of the kinesiology department; as head baseball coach; and as athletic director for 14 years. Since 2009, he has been the university’s vice president for institutional advancement. 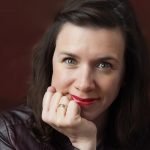 Dr. Rachel Pokrandt will join Umpqua Community College in July as the College’s 12th president. Pokrandt is currently Vice-President and Dean of the Leadville and Salida campuses of Colorado Mountain College. Prior to her start there in 2012, she was the dean of instruction at Front Range Community College in Colorado after a 10-year career in the nonprofit sector working on educational programs with Pfizer Pharmaceuticals, the U.S. Department of Energy, NASA, DuPont and Dow Chemical. From the United Kingdom, she holds a bachelor’s degree in theatre arts and British literature from Manchester University, a bachelor’s degree in educational studies and social science from Western Governors University, a master’s degree in business administration from Western Governors University, a graduate certificate in sustainability from Harvard University, and a doctorate degree in management from Swiss Management University. 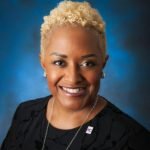 Dr. DeRionne Pollard becomes the 8th president of the 19-year-old college beginning in August. Pollard currently serves as president of Montgomery College in Maryland and previously was an assistant professor of English at the College of Lake County (Illinois), where she served as acting division dean of the Communication Arts, Humanities, and Fine Arts Division, faculty coordinator for the Center for Excellence in Teaching and Learning, assistant vice president of educational affairs, and vice president of educational affairs. Prior Montgomery College, Pollard served as administrative and instructional president of Las Positas College in California. She earned a bachelor’s degree from Iowa State University, a master’s degree in English from Iowa State University, and a Ph.D., with a specialization in Educational Leadership and Policy Studies, from Loyola University. 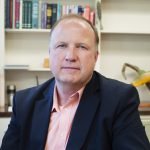