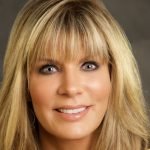 Denise Aberle-Cannata, Provost of College of Western Idaho, has been appointed as CWI’s Interim President. Aberle-Cannata will ensure the uninterrupted operation of the College as the search process continues for the next President of CWI. Aberle-Cannata previously held the role of Campus Director at National American University, VP of Product Development at Lincoln Tech focused on distance education and online programs, and launched Alta Colleges Online’s successful online program, including building the program from the ground-up by developing a comprehensive standardized curriculum as the Dean of Academics. She also has served as a Director at Bismarck State College, spearheading distance education initiatives. Aberle-Cannata received a BA from Valley City State University and a MS in Education from the University of North Dakota. 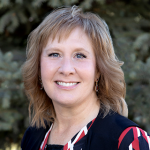 Mindy Benson has been appointed as interim president of Southern Utah University. Benson is the first female to serve in the presidential role for the institution, and has progressed at SUU through a variety of positions, including director of student life and leadership and executive director of alumni relations. As vice president for Alumni and Community Relations, Benson oversees Alumni Relations, Regional Services, Utah Center for Rural Health, Business Resource Center and Small Business Development Center, Southern Utah Museum of Art, and Larry H. Miller Utah Summer Games. Benson earned her bachelor’s degree in zoology and her master’s in communication from Southern Utah University. 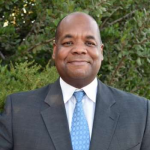 Dr. Devin Byrd was selected as the sixth president of Bastyr University. As Bastyr’s first African American president, Dr. Byrd brings two decades of leadership experience in higher education. He holds a Ph.D. and a Master of Science in Psychology from Virginia Polytechnic Institute & State University. Most recently, he served as the Vice President for Academic Affairs at Saybrook University in Pasadena, CA. Byrd was professor and researcher at the University of South Carolina’s Department of Psychology, and served as associate vice chancellor for academic affairs and as interim dean of the College of Arts and Sciences at South University in Savannah, Georgia. Byrd acquired his bachelor’s degree in psychology from the University of North Carolina Chapel Hill, graduated from Virginia Tech with a master of science and doctoral degrees in clinical psychology. During his graduate studies, he completed his pre-doctoral internship at Brown University where he served as the intern representative for the child track and completed rotations at the VA PTSD clinic, the Bradley School child/adolescent inpatient facility and the child/adolescent anxiety disorders clinic. 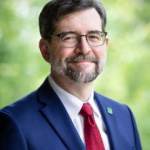 Dr. John Carmichael has been appointed as The Evergreen State College’s interim president. Dr. Carmichael currently serves as the college’s vice president for finance and operations. He joined Evergreen in 1998, serving in a variety of roles including chief of staff and secretary to the Board of Trustees. A 1987 Bachelor of Arts graduate of the college, he also holds a Master of Public Administration degree from Evergreen and a doctorate in education and human resource studies from Colorado State University. He is also an alumnus of Harvard’s Finance for Senior Executives program. 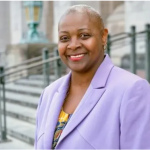 Dr. Sheila Edwards Lange, president of Seattle Central College, was selected as chancellor of the University of Washington Tacoma. She started her tenure at Seattle Central in August of 2015 as interim president, and was named to the permanent position in May of 2016. Prior to this, she served as vice president for Minority Affairs and vice provost for Diversity at the University of Washington from 2007 to 2015. Before joining UW, Dr. Edwards Lange worked for the Seattle Colleges District and at North Seattle College in education and planning. Additionally, she has held positions in academic and student services at the University of California, Irvine; Western Washington University; and UW. Dr. Edwards Lange earned a doctorate in educational leadership and policy studies and a Master of Public Administration from UW, and a bachelor’s degree in social ecology from the University of California, Irvine. 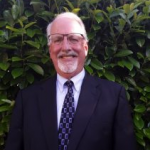 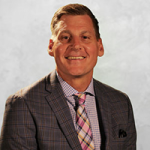 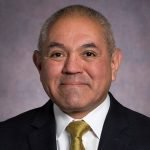 Dr. Herbert A. Medina, has become Acting President of the University of Portland and continues to serve as the University’s Provost, a role he has held since 2020, as well as Professor of Mathematics. Dr. Medina first came to UP in 2018, when he was named Dean of the College of Arts & Sciences (CAS). Prior to joining UP, Dr. Medina enjoyed a highly successful 26-year career as a professor and administrative leader at Loyola Marymount University in Los Angeles. He was Associate Dean of LMU’s Frank R. Seaver College of Science and Engineering before his appointment as CAS Dean at UP. He holds a B.S. in Mathematics/Computer Science from the University of California, Los Angeles, and a M.A. and Ph.D. in Mathematics from the University of California, Berkeley. 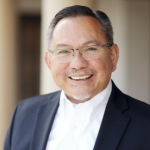 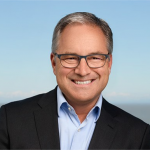 Former Alaska Governor Sean Parnell has been selected to serve as the next chancellor of the University of Alaska Anchorage. Currently, Parnell is an attorney in the Anchorage office of Holland & Hart LLP, and has 25 years in the active practice of law. Parnell was elected to two terms in the Alaska House of Representatives, serving there from 1992 until 1996 when he was elected to the Alaska Senate (1996-2000). In 2006, he was elected Lieutenant Governor and served as Governor of Alaska from 2009 to 2014. Parnell earned a bachelor’s degree in business administration in 1984 from Pacific Lutheran University and a Juris Doctorate degree in 1987 from the University of Puget Sound School of Law (now known as Seattle University School of Law). He is admitted to the bar in both Alaska and Washington, D.C.