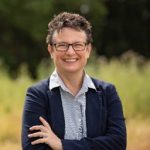 Dr. Lisa Avery has been selected to become the next President of Linn-Benton Community College. Dr. Avery previously served as the president of Portland Community College’s Sylvania Campus since 2015. Prior to her appointment at PCC, Dr. Avery had a distinguished leadership career. She served as the District Vice Provost for Strategic Partnerships from 2013-15 at the Community Colleges of Spokane and the District Dean of Global Education from 2012-2013. From 2010-2012, Dr. Avery served as the Dean of Social Sciences, Human Services, Accounting and Economics and Academic Initiatives at Spokane Falls Community College. Dr. Avery served as the Interim Associate Dean of the School of Social Work and Human Services at Eastern Washington University from 2008-2010. Her role included oversight of programs in Chicano Education, Africana Studies, Native American Studies, and part-time self-support programs offered to place bound students in rural Eastern Washington. Dr. Avery began teaching at EWU in 2000, earning promotion to the rank of full professor in 2006. A first-generation college graduate and native of LaPorte, Indiana, Dr. Avery obtained her doctorate and master’s degrees from the University of Illinois at Chicago. Prior to this, she earned her bachelor’s degree in research psychology from Ball State University. 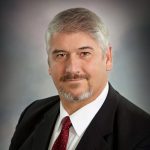 Mark Browning has been voted in as Blue Mountain Community College’s next president. Browning will become BMCC’s 8th president since it was established in 1962. Mark Browning, the vice president of college relations for the College of Western Idaho since 2016. Prior to working at CWI, Browning was vice president of communications and government relations at North Idaho College in Coeur d’Alene for four years. Before arriving at NIC, Browning spent five years as the chief communications and legislative officer for the Idaho State Board of Education. His earlier professional experience included serving as news director for the CBS affiliate in Boise, as well as the main anchor and executive producer at the NBC station in Pocatello. President Browning has a bachelor’s degree in mass communications from Idaho State University, a master’s degree in public administration from the University of Idaho, and will graduate with a doctoral degree in education this fall from Idaho State University. 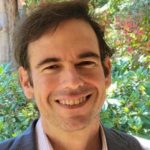 Christopher Bryan, Vice President of Finance and CFO, has been named interim president of City University of Seattle. Bryan, who joined CityU in 2017, currently oversees the University’s business and financial strategy, accounting and financial reporting, management of Canadian enrollment and facilities. Bryan led the development of CityU’s program health cards, refined its property strategy, and led the school to its current strong financial position. 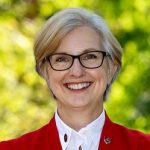 Washington State University Provost Elizabeth Chilton has accepted a new dual role to become the first chancellor of the Pullman campus. In the past WSU presidents have served as the de facto chancellor for the Pullman campus. Chilton will maintain her role as provost and formally add Pullman Chancellor to her duties after a one year transition is completed on July 1st. Chilton has been provost for a year. From 2017 to 2020 she served as dean of the Harpur College of Arts and Sciences at Binghamton University, one of the largest universities in the SUNY system. Prior to her tenure at Binghamton, Chilton spent nearly 16 years as a professor and leader at the University of Massachusetts. She served as a professor, anthropology department chair and associate vice chancellor for research and engagement, among other roles. A first-generation college student, Chilton earned her PhD at the University of Massachusetts Amherst, after earning her BA at the University at Albany, State University of New York at Albany. After earning her PhD, Chilton got her start in academia at Harvard University, where she was an tenure track assistant professor and served as the Associate Curator for the Archeology of Northeastern North America at the institution’s Peabody Museum. 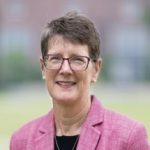 Kristin Esterberg, president of the State University of New York at Potsdam, has been selected as chancellor of the University of Washington Bothell. Prior to her term as SUNY Potsdam president, which began in 2014, Esterberg served as provost and academic vice president at Salem State University in Massachusetts and as deputy provost at the University of Massachusetts Lowell. Her research has centered on gender and sexuality, social identities, research methodology and social organization and change. Esterberg earned her master’s degree and doctorate in sociology from Cornell University, and her bachelor’s degree in philosophy and political science from Boston University. 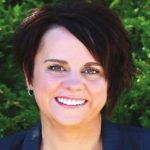 Kathleen O’Leary has been appointed Interim President of DCC during the 2021- 2022 academic year. O’Leary has over 30 years’ experience across various fields including workforce, higher education administration, public service and private industry. She previously served as the vice president of administration for Dawson Community College from 2013-2017 and is currently serving as deputy commissioner of the Montana Department of Labor and Industry. 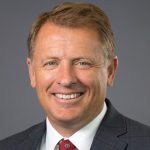 Taylor R. Randall will become the University of Utah’s next president. Randall is currently dean of the David Eccles School of Business, a position he’s held since 2009. Under his leadership, the Eccles School has gained a national reputation as a place of innovation, garnering top 10 entrepreneurship rankings for both undergraduate and graduate programs. Before assuming the role of dean, Randall served as a professor of accounting for 11 years, earning accolades throughout his teaching career. He has received awards for the best teacher in the MBA, Executive MBA and undergraduate programs as well as the Brady Superior Teaching Award, which is a career achievement award. He graduated from the University of Utah with honors in accounting and then earned an MBA and Ph.D. in operations and information management from the Wharton School of Business at the University of Pennsylvania. 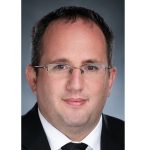 Michael Sebaaly was named interim president of North Idaho College by its Board of Trustees. Sebaaly will assume the job no later than November 10th. He will take over from Lita Burns, who currently is the acting president. Michael Sebaaly, who also is a physical education instructor at the college, became the head coach in 2019. Prior to becoming the head wrestling coach at North Idaho College, Sebaaly served five seasons as the head wrestling coach at Northwest Kansas Technical College. Prior to arriving in Kansas, Sebaaly coached for two seasons at Alfred State in Alfred, New York as they began transitioning from the NJCAA to NCAA Division III. Sebaaly completed his bachelor’s degree in history and a Certificate of Advanced Study in Social Studies education from the University of Buffalo where he wrestled collegiately in the NCAA Division I level. He later earned a master’s degree in history from Buffalo State College and obtained his doctorate degree in educational leadership from Southwestern College in Winfield, Kansas.