A transformative experience for first-generation students shines at Linfield

In 2018, Linfield University changed how it awarded diversity scholarships.

Moving away from traditional definitions of diversity (primarily based on race and ethnicity), Linfield began offering scholarships to first-generation students regardless of other qualifiers.

“It was controversial, but we made the decision because of the way we understand the history of economics,” said Dr. Miles K. Davis, Linfield president. “By opening these financial awards to more students, we were breaking down barriers that set up higher education as a space for only the elite and the privileged.” 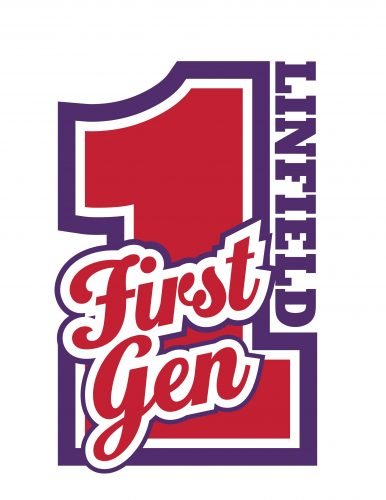 Three years into the experiment – and coupled with the successful launch of an accompanying on-campus support program – Linfield’s First Scholars program has increased retention of Latinx first-generation students, which is now on par with the rest of the student body (80%).

In November 2021, the NWCCU honored Linfield’s First Scholars program with its annual Beacon Award, which recognizes programs at member colleges and universities that can be scaled and replicated at other institutions.

In addition to the scholarship award that can reduce the family’s financial burden, the First Scholars program has a strong mentorship component. Incoming First Scholars are matched with a first-generation peer mentor and a faculty or staff member who become resources as they adapt to campus life. This pairing creates a lifeline that keeps first-generation students connected with Linfield from the time they accept admission through graduation.

“The support program was a game-changer because it recognized first-generation parents are often not in a position to provide the social capital to prepare students for the cultural shifts their students encounter at colleges and universities,” said Gerardo Ochoa, Linfield’s associate vice president for retention and student success. “In addition to professional development for faculty and staff, we also empowered current students to help the incoming students bridge that gap.”

“The First Scholars meet monthly, and our attendance is strong. It was our students that told us to focus on social opportunities coming out of remote learning and the incoming First Scholars continue to take advantage of the opportunities we offer, relationship-building has been at the center of programming, particularly as we work through the multiple pandemic-related challenges,” Ochoa said.

Support programming begins before first-generation students arrive on campus as mentors strive to initiate contact in the summer before students arrive, but other efforts are equally as important to the program’s success, including:

The First Scholars program continues to evolve according to the needs and desires of the participating students and mentors. Student voices are now molding the future of support programming.

“Our program leadership is, mostly, in the hands of students who benefitted as First Scholars in their first year,” Ochoa said. “They are the ones taking in feedback from their peers and forging new programming from it.”

The hiring of three first-generation Linfield student coordinators to co-lead the First Scholars Program ensures the program will survive student transitions due to graduation. 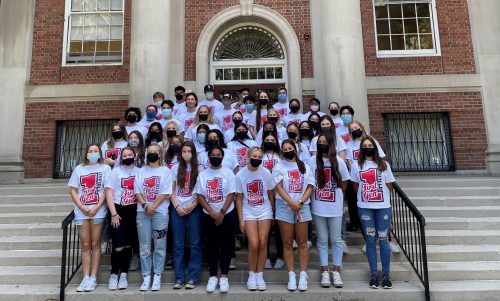 At the core, the First Scholars program carves out new pathways for first-generation students, said Davis, which ripples throughout the lives of everyone in a changing world.

“Higher education provides a pathway for choices, and that is a new concept and challenge for many first-generation students,” Davis said. “Linfield is making the concerted effort to reach students previously excluded from higher education. Without that, we cannot create an equitable society inclusive of people from all backgrounds and truly diverse.”

Linfield looks to expand the program to students on both of its campuses in McMinnville and Portland.