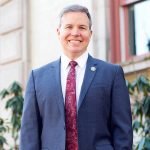 Richard J. Bailey, Jr., Ph.D., has been appointed as the next president of Southern Oregon University. Bailey has served as president of Northern New Mexico College (NNMC) in Espanola since October 2016, following a 24-year career in the U.S. Air Force. Prior to his presidency at Northern New Mexico College, Bailey served as associate professor of strategy and security studies at the School of Advanced Air and Space Studies at Air University, Maxwell Air Force Base, Alabama. He was the school’s first-ever dean of students.

He also served as a military liaison and defense trade analyst at the U.S. State Department after earning his doctorate in 2006. He then served as NATO’s chief air operations officer at Joint Force Command Brunssum in The Netherlands, overseeing air operations for the International Security Assistance Force (ISAF) in Afghanistan. Bailey retired from the Air Force as a colonel and command pilot. Bailey holds a doctorate in government from Georgetown University, a master’s degree in international affairs from Washington University in St. Louis and a bachelor’s degree in engineering sciences from the U.S. Air Force Academy. 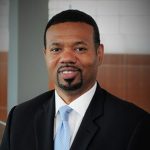 Dr. Darrell L. Cain will serve as Everett Community College’s Interim President, and takes over from EvCC Vice President of Human Resources Joseph Whalen that has been Acting President since January 1. Dr. Cain, formerly the president of Pierce College Puyallup, has worked in higher education for almost 20 years with leadership roles at community and technical colleges around the country. In addition to serving as president, Cain has taught at least one class at Pierce College – Puyallup every year to ensure he has firsthand knowledge of challenges facing students and faculty. He will serve 12-18 months while the college conducts a search for a permanent president. 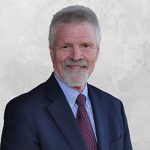 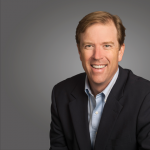 College of Western Idaho Board of Trustees unanimously voted to hire Gordon Jones as the College’s third president. Jones is currently the founding dean of Boise State University’s College of Innovation + Design and has been at the University since 2015. Prior to Boise State, Jones was the Evans Family Foundation Managing Director for the Harvard Innovation Lab at Harvard University, helping thousands of students translate their education and ideas into new ventures and jobs within the technology, health sciences, consumer and non-profit fields. In addition, he worked as an executive for 15 years focusing on innovation, marketing, and sales growth with mid-sized and Fortune 500 companies, including The Gillette Company.

Jones has over five years of teaching experience in design thinking, business, and leadership at several colleges. He has a Master’s in Business Administration from Stanford University School of Business. 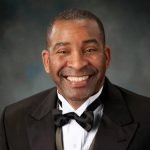 Dr. Joseph will be the first African American president of Multnomah University since its humble beginnings in 1936. Dr. Joseph served as director and chaplain of the Coleman Heritage Center (Chapel) at Langston University, a Historical Black College and University. During Dr. Joseph’s stint as an educator at multiple universities, he held several leadership roles including Assistant Professor, Associate Dean and Director of The Coleman Heritage Center at Langston University, as well as Vice President for Strategic Initiatives, Chief Diversity Officer, Director of the Massey Center for Ministry and Leadership, and he held the rank of a Full Professor at Mid-America Christian University (MACU).

Dr. Joseph completed his education at Biola University. His degrees include a BA in Communications with an emphasis in radio, television, and film, M.Div. in Bible Exposition, MACEd in Christian Education, EdD in Intercultural Studies, and (exchanged for) a Ph.D. in Intercultural Education. 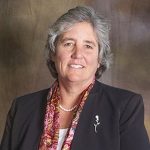 Born in Billings, Montana, she competed and won a gold medal in the 1984 Summer Olympics in air rifle, the first Olympic champion in air rifle for women, when she was a student at Murray State University in Kentucky studying engineering physics. She earned a master of business administration from the University of Alaska Fairbanks. 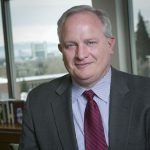