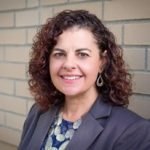 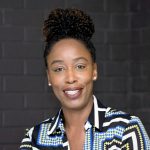 Dr. Adrien Bennings has been selected as the 8th president of Portland Community College, and the college’s first woman president. Bennings is currently the president of Kellogg Community College, one of 28 community colleges in Michigan whose service region spans three counties. She is also the president of the Kellogg Community College Foundation, helping to lead the foundation’s strategic planning and fundraising activities, and advocating for equity, diversity, and inclusion. Before joining KCC, Bennings was the vice president of administration and finance and chief financial officer at Clovis Community College in New Mexico. Prior to this, she served as regional director of small business development at Texas Tech University where she advanced economic development initiatives spanning a 16-county area. Additionally, she served as a certified peer reviewer for the Higher Learning Commission. Dr. Bennings earned a Ph.D. in Higher Education Administration from Texas Tech University, a Master of Business Administration from Wayland Baptist University, and a Bachelor of Science in Agricultural Development from Texas A&M University. 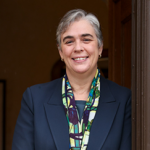 Dr. Sarah Bolton has been selected as the 15th President of Whitman College. She is a physicist, professor, and administrator with more than 25 years of experience in higher education and a long-standing commitment to the liberal arts. Currently the president of The College of Wooster in Ohio, she was on the faculty at Williams College in Williamstown, Massachusetts for 15 years, including three as Physics department chair, and then served as Dean of the College at Williams for six years until moving to Wooster in 2016 for the college presidency. Bolton earned a bachelor’s degree in physics and biophysics from Brown University, a masterâ€™s degree in physics from the University of California, Berkeley, and a doctorate in physics, also from Berkeley. Bolton will assume the presidency in July 2022.

Jennifer Bonds-Raacke, Ph.D., has been appointed the 11th president of Saint Martin’s University. Currently provost and vice president for academic affairs of St. Norbert College in Wisconsin, Dr. Bonds-Raacke will become the first woman to serve as president of the 127-year Catholic Benedictine institution. Prior to this position, she was dean of the graduate school and Office of Scholarship and Sponsored Projects at Fort Hays State University in Kansas for nine years. Earlier in her career, Dr. Bonds-Raacke held faculty and administrative positions at the University of North Carolina at Pembroke and Briar Cliff University. She obtained her Ph.D. and M.S. from Kansas State University in experimental psychology and her B.A. from Christian Brothers University. Bonds-Raacke will assume the role in July 2022. 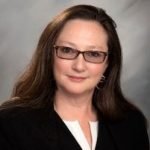 Dr. Valerie Martin Conley has been appointed as Vice President of Academic Affairs and Provost at Idaho State University. Currently the Dean of the College of Education at University of Colorado – Colorado Springs, she comes to Idaho State with more than 30 years of experience in higher education, she has served as dean and professor at UCCS since 2015. Prior to that, she was department chair and professor in the department of Counseling and Higher Education in the Gladys W. and David H. Patton College of Education at Ohio University, where she also served as director of the Center for Higher Education. Conley received her bachelor’s and master’s degrees from the University of Virginia and her doctorate in Educational Leadership and Policy Studies from Virginia Tech. Conley will assume the role in Summer 2022. 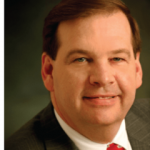 Dr. Thomas Cornman has been selected as Interim President for Corban University in Salem, Oregon. Currently the Senior Vice President and Provost at Corban University, his four decades of experience as a leader in Christian higher education will provide a unifying force during the transition period. Prior to his role at Corban University, Dr. Cornman served as Senior Vice President for Academic Administration and Dean of Trinity College and Graduate School at Trinity International University (Deerfield, IL). He served as Vice President and Dean of the Undergraduate School at Moody Bible Institute (Chicago, IL), Vice President for Academics and Chief Academic Officer at Cedarville University (Cedarville, OH), and has taught (primarily history) at St. Francis College (Joliet, IL); University of Illinois, Chicago; Aurora University (Aurora, IL); Roosevelt University (Chicago); Trinity International University (Deerfield, IL); and Moody Distance Learning Center (Chicago). Dr. Cornman received his undergraduate degree in Bible Ministries at Cairn University (Langhorne, PA); his M.Div. in Church History at Talbot School of Theology (La Mirada, CA); his M.A. in Religion at Temple University (Philadelphia); and his Ph.D. in U.S. History to 1877 from the University of Illinois, Chicago. 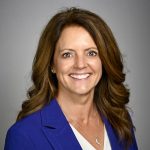 Dr. Jennifer Coyle has been selected as Pacific University’s 18th president. She brings nearly 30 years of experience in higher education, healthcare and leadership as she returns to Pacific, where she is an alumna, parent, and former professor and dean in the College of Optometry. Currently dean of the Southern California College of Optometry at Marshall B. Ketchum University, Dr. Coyle earned her bachelor of vision science, master of science in vision science, and doctorate of optometry, all from Pacific University. She served as associate dean from 2006 to 2008 and as dean from 2008 to 2019. 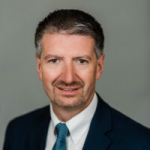 Dr. J. Kyle Dalpe was chosen as Interim President of Western Nevada College. He has served as provost, senior vice president, vice president of finance, vice president of instruction & institutional effectiveness, and legislative liaison since coming to WNC in 2019, and was named officer-in-charge earlier this year. Dr. Dalpe has served as the Interim Executive Director of Legislative Affairs for the Nevada System of Higher Education; and at Truckee Meadows Community College in various leadership positions, including Director of Institutional Advancement, Associate Dean & Chief of Staff in the President’s Office, Acting President, and Dean of the Technical Sciences Division. Dalpe earned a Bachelor of Arts degree in Photojournalism from the University of Connecticut; a Master of Arts degree in Journalism, Speech and Political Science from the University of Texas at Tyler; and a Doctor of Philosophy in Educational Leadership from the University of Nevada, Reno. 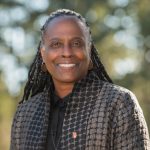 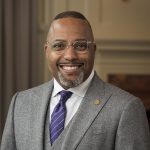 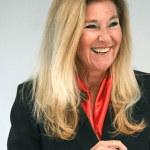 Dr. Shari McMahan, PhD, has been selected to serve as the 27th president of Eastern Washington University. McMahan is currently the provost and vice president for academic affairs at California State University, San Bernardino (CSUSB), and is the first woman provost in that university’s history. Prior to joining CSUSB, McMahan served as deputy provost at California State University, Fullerton, as well as leadership roles including interim associate vice president for Research, Creative Activities and Technology Transfer; dean of the College of Health and Human Development as well as professor and chair in the health science department. A first-generation college student, McMahan has a bachelor’s degree and PhD in social ecology from UC Irvine, and a master’s degree in health science from Cal State Northridge. She is expected to begin her duties Summer 2022.